So I’ve been up in Toronto for the CX Digital Affiliate Advisory Board all this week and well, that’s why I haven’t blogged lately.

So what is the AAB? Basically they flew 15 of the “top affiliates” in the industry with various backgrounds to discuss current issues in affiliate marketing and what we want from affiliate networks. I say “top affiliates” because realistically most of the wealthiest affiliates like staying under the radar and not going to anything. Needless to say there were some very smart PPC guys and mailers there. They also kept saying “this isn’t about CX”, but I mean comeon…yeah it is. Anywho, here’s what happened :

We woke up the first day and started the roundtable discussion at 10am. We talked about what’s hot now, emerging trends, and raised ethical questions in affiliate marketing (that was a long and interesting discussion). A lot of people were very open in sharing how they do things and what sort of niches they run. I was pretty open in saying a lot of what I promote and how I promote it because it doesn’t really matter if people know. Anyways it was more fun than anything for me, I just liked getting out of the office and talking about the industry with a lot of cool and young people (the mailers there were the oldest and by far the wealthiest hah).

Then they took us all out to dinner (they sent my gf to the spa at the hotel -really nice hotel btw- for the day) and it was another good time. There were 2 long tables and everybody divided pretty comically – all the affiliates were at 1 table discussing business and strategies and all the CX managers/owners/staff were at the other long table. My girlfriend and I were at the CX table and basically just goofed off True Tier 1 Gay style the whole time. Afterwards they took us out to a club and most of us got our groove on pretty hard. There ended up being a battle between me and Raj between 1 handed pushups and straight levitation. Good times for sure.

Next day we had the advisory board thing again at 10am…everybody was there on time…except for me. I kinda slept in until noon and got there when it was halfway over haha. We talked about building the “perfect affiliate network” and what we liked/disliked about networks. Then we went out to another really nice dinner, goofed off some more, and then most people were worn out from the first night so there wasn’t much dancing. The restaurant turned into a club and we stayed there for a bit and my g/f and I went back to the room.

Saturday comes along and we get to sleep in until noon again, and it basically was a free day. I went out shopping with my AM Fraser and g/f and CX bought me a really nice overcoat………..oh sh@t I have an urge to talk like Amit!!!

CX Digital took me out and bought me an AMAZING designer overcoat. The total cost with tax was around $1,500 and it was the absolute best designer coat on the market. I would not have been able earn such expensive things if I wasn’t the superest of affiliates!

Erm, anyways. So then we walked around the city with some other affiliates/CX people for a few hours before dinner. Then we went out to another nice dinner, and as everybody left for the club my girlfriend and I drove home because we had to be home on Sunday. So I just wanted to make this post saying thank you to CX for bringing us all in and I’m already en route to making money with one of the guys I met. Here’s a few pics from the time : 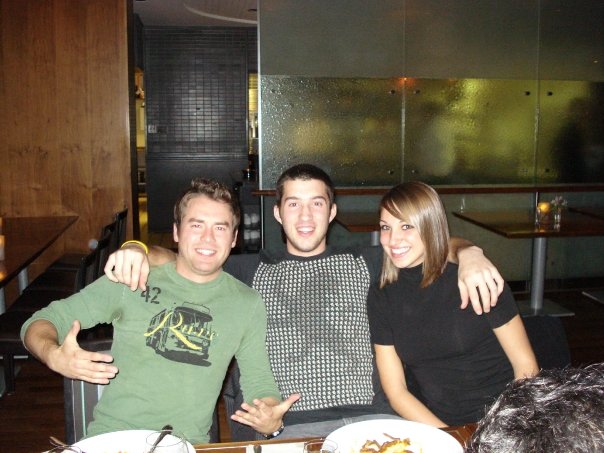 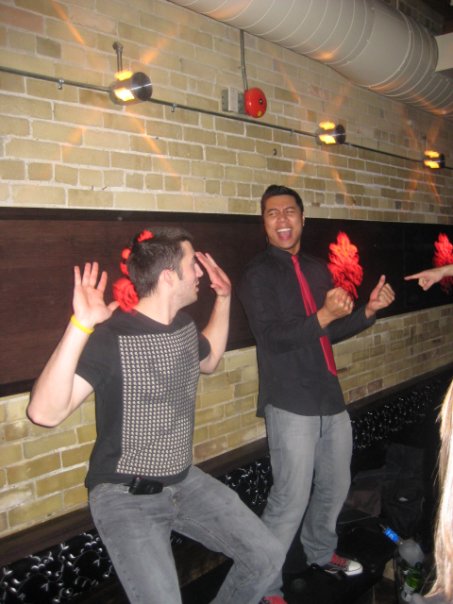 Night 3 dinner, a bunch of people. 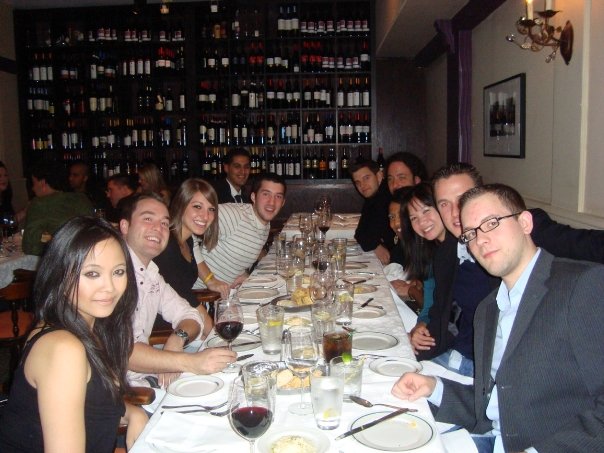 Take note of the creep guy in the middle (that is NOT me). 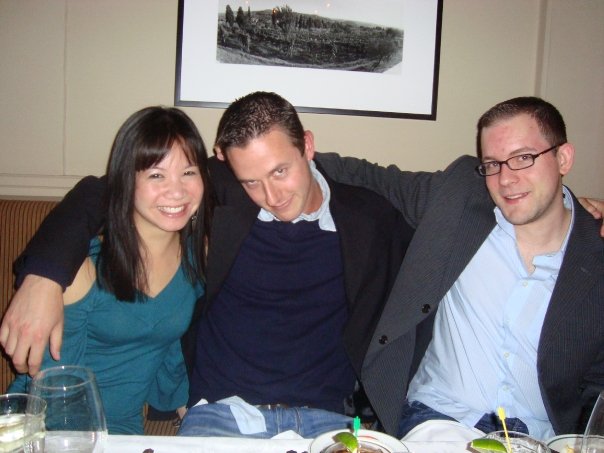