Yesterday a nice package came in the mail, was addressed from MarketLeverage. I open it up and it was a really nice Nike gym bag, nice! Feels a little heavy though, so I open it u and it’s loaded with stuff inside. Inside was a Flip video camera, tripod for the Flip, case for the Flip, pen/flash drive, hat, Nike sweatshirt and Nike golf polo, and a blanket. It was pretty cool since I wasn’t even signed up with MarketLeverage until a couple hours after that (hey it worked I’m a sucker I guess). I’m just writing this to say thanks guys!

Note this, this is NOT a review of MarketLeverage and I have NOT made any money or tested any of their offers. I would never review a company and praise them if I had not used them. I simply made this post to publicly thank them for the gift they sent me. If I test them out and it works out in the future, I’ll be sure to let you guys know. 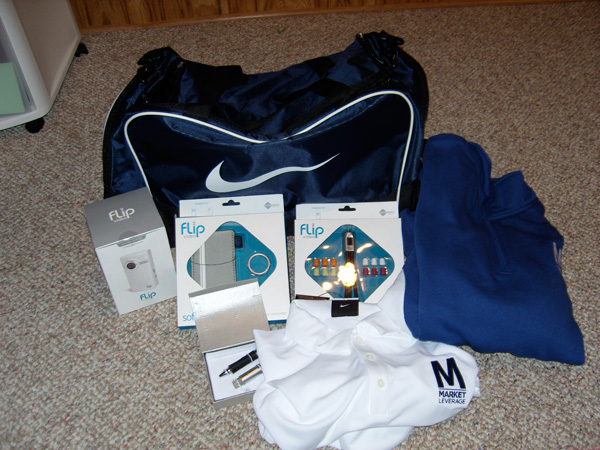